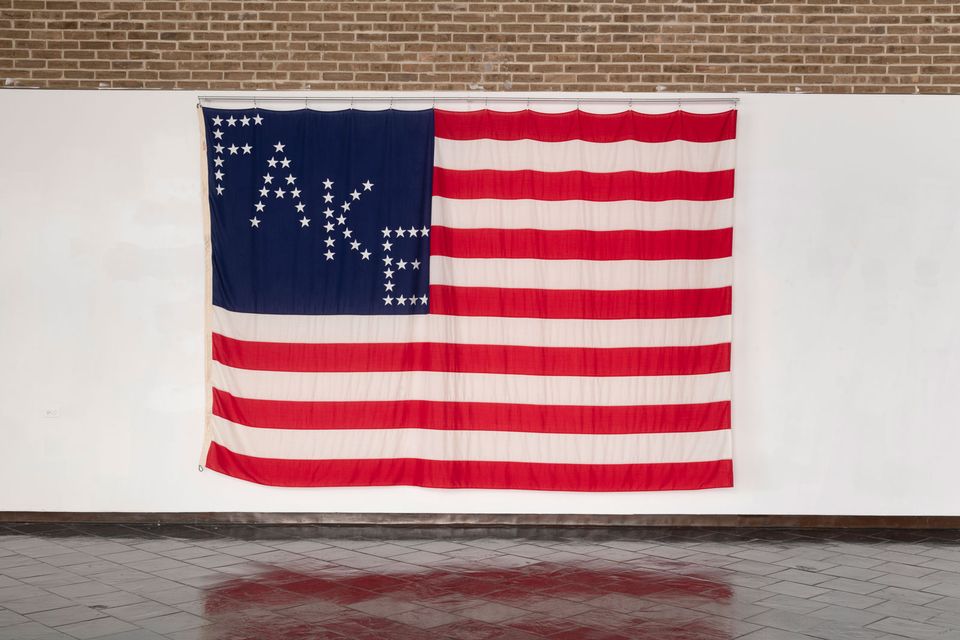 Westchester Community College’s Art Gallery made the decision in early November to close a solo exhibition by Brooklyn-based artist, Daniel Bejar, after the gallery received complaints from veterans’ groups about his piece, Rec-elections (False Flag), featured above.

Originally, the Gallery extended Bejar’s show to run through the midterm elections.  However, after receiving complaints and closing the show early, a representative for the school said via email: “A number of students, primarily veterans, and several veterans in the community, were highly agitated about the flag portion of the show. In deference to their complaints, and in respect to veterans, we have decided to close the show prior to Veterans Day on Sunday, 11 November.” (The Art Newspaper)