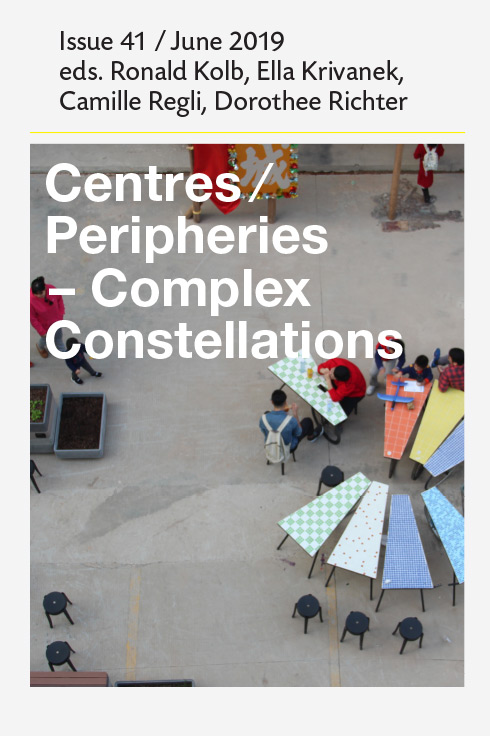 “Extreme” is the title of an upcoming issue of OnCurating magazine. This issue is devoted to the exploration of curating, art and culture developed and produced in the extremities of the Earth, within severe societal, land and climate conditions. Among a wide range of topics falling under this heading, the issue will deal with art and culture of subjectivities that inhabit extreme terrains and the threat of cultural erasure under conditions of ongoing colonial rule.

Historically speaking, museums and cultural institutions have in a majority of cases based their initial collections on the cultural looting of colonies of Western empires. Up until this very day, cultural institutions based on the principles of collection and exhibition of objects continue to distribute art originating from subjectivities that are caught up in a colonial narrative. These subjectivities are many times interpellated to become characters in a colonial discourse that concentrates on the ‘the coloniser’ and ‘the colonised’.

Whether the subaltern, the indigenous, the climate migrant or the refugee—the notion of the ‘Other’ supports the linear narrative of colonialism. In a colonial narrative, each side submits to play a limited role. The feminine subject yields even more so to a restricted position. Both colonialism and the traditional family structure are based on patriarchal systems of power. According to Gayatri Chakravorty Spivak, the native informant(s)—a term that Spivak borrowed from ethnography—is a subject that is not allowed to represent herself but has to be represented. A subject denied her autobiography.

The postcolonial theorist Dipesh Chakrabarty believes that the potential of restitution resides in the margins of the globe. Chakrabarty proposes “provincializing” Europe by exploring the all-encompassing heritage of Western thought and how it “may be renewed from and for the margins.” The awareness of subjectivities living in the margins leads to an understanding of their reciprocal influences on and by the landscape.

According to the philosopher Timothy Morton, our idea of ecology is still deeply rooted in the romantic notion of ‘Nature’. We continue to exclude the effects of technology and industry on our environment. Morton argues that we have to rethink the concepts of ‘nature’ and ‘ecology’ in terms of co-habitation in order to co-exist with other humans and also non-humans or objects. According to Morton, we need to include radiation, smog, noise and chemical pollution in ‘nature’. As he notes: “It is very hard to get used to the idea that the catastrophe, far from being imminent, has already taken place.”

OnCurating invites proposals for written pieces by curators, curatorial teams, artists, art historians and writers for inclusion the issue that will launch in 2020. Contributions may include artwork, research and cultural analyses that discuss power relations on a theoretical level and provide the framework for future curatorial work. Contributions may react to man-induced climatic events; scarcity of resources in the extremities of the Earth; notions of settlement and belonging in the margins; collaborations and alliances between communities in the extremities; contemporary indigeneity; cultural erasure of an original population’s cultural heritage; the politics of waste; performing non-human rights; collaborations and alliances of feminine subjects in extreme societies in the extremities and more.

For this issue the ONCURATING journal will cooperate with the PhD in Practice in Curating, a programme based on a cooperation of the ZHdK and the University of Reading.

About ZHdK
The ZHdK is one of the leading art academies in Europe. The study and research program includes design, film, fine arts, music, dance, theater, transdisciplinarity and mediation. It belongs to the Zurich University of Applied Sciences ZFH and is a state university with its own legal personality.