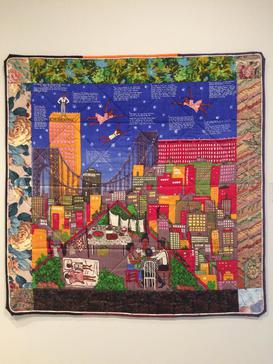 Since 2009, the Distinguished Feminist Award has honored such influential leaders in the visual arts field as Griselda Pollock, Faith Ringgold, Lucy R. Lippard, and many more.

The Excellence in Diversity Award, established in 2017, recognizes outstanding efforts in arts programming, projects, and/or scholarship to advance diversity, equity, and inclusion. The award may be made to either an institution or individual for demonstrated and significant advancement of diversity in non-profit institutions such as colleges or universities, museums or galleries, foundations, and/or cultural agencies, especially in areas related to including, embracing, and/or enhancing opportunities for people of all ages, cultures, ethnicities, religions/faiths, genders, differing abilities, and/or sexual orientations.

Nominations are due September 4, 2019. Nominations should be sent by email to Cali Buckley, CAA Grants and Special Programs Manager, at cbuckley@collegeart.org. For more information about award requirements and qualifications, please visit: http://www.collegeart.org/programs/awards/nominations